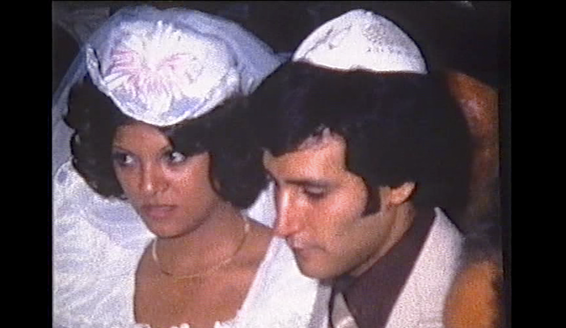 All You Need features a Yemenite couple (the artist’s parents) caught between ceremonies of both cultures. They appear in their predicament in different costumes and gestures.

With the migration of Yemenites to Israel in the 1950’s, hundreds of Yemenite children have disappeared from authorities hands (the case known as The Lost Yemenite Children, where children of migrants were sent to adoption at western families whilst announced dead to their biological families). The Yemenites, despite and because of their tragedy have continued to invest in Western culture.

Most people appearing in the film are parents, brothers and sisters of children who were lost upon migration. The film tries suggest the living between such dichotomies of presence and absence, west and east, celebration and tragedy.