"The (political) addresses that R'm Aharoni delivers are not written for the Theater, but rather had served, ever, a political aim for inciting the people or for affirming a perspective that objects to Power. By bringing them to the Theater he turns them harmless but also acquires them with a different, new and broader meaning."

by Daan Nicolay for etcetra magazine.

AMBUSH is a theater show that presents four public addresses of four political activists. The show looks from a present perspective at the past,  and future. It locates broad issues and aims that despite their distance from each other in historical moments and geographical proximity, feel universal. By embodying and voicing all four activists, R'm Aharoni taps into the idea of being Intimately Public. It is this intimacy one creates with oneself, infront of the public which stirs others to follow, which creates yet again intimacy between many who are strangers to each other.

AMBUSH aspires to escape the theater's black box, to shutter the fourth wall and to render null and void all such barriers. A letter of protest – related to one presented activist is addressed to a contemporary politician who is related to the city/country where AMBUSH is presented.

The aim of such an extension from the theater into 'life outside' is to invade reality and by thus to align past, present and future; to bridge between the artistic and the political; and especially to seize the opportunity to create a network of Political Reactions to fiery topics of the day. 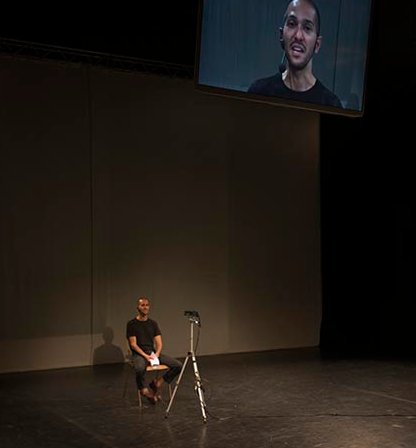 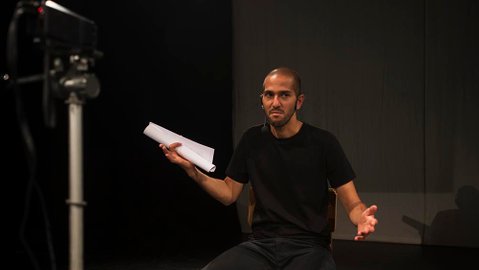 With the Kind Support of: BUDA Kortrijk, CAMPO Gent